This website is not supported by Internet Explorer. Please use another browser to get the best performance (E.g. Google Chrome, Firefox, etc.) 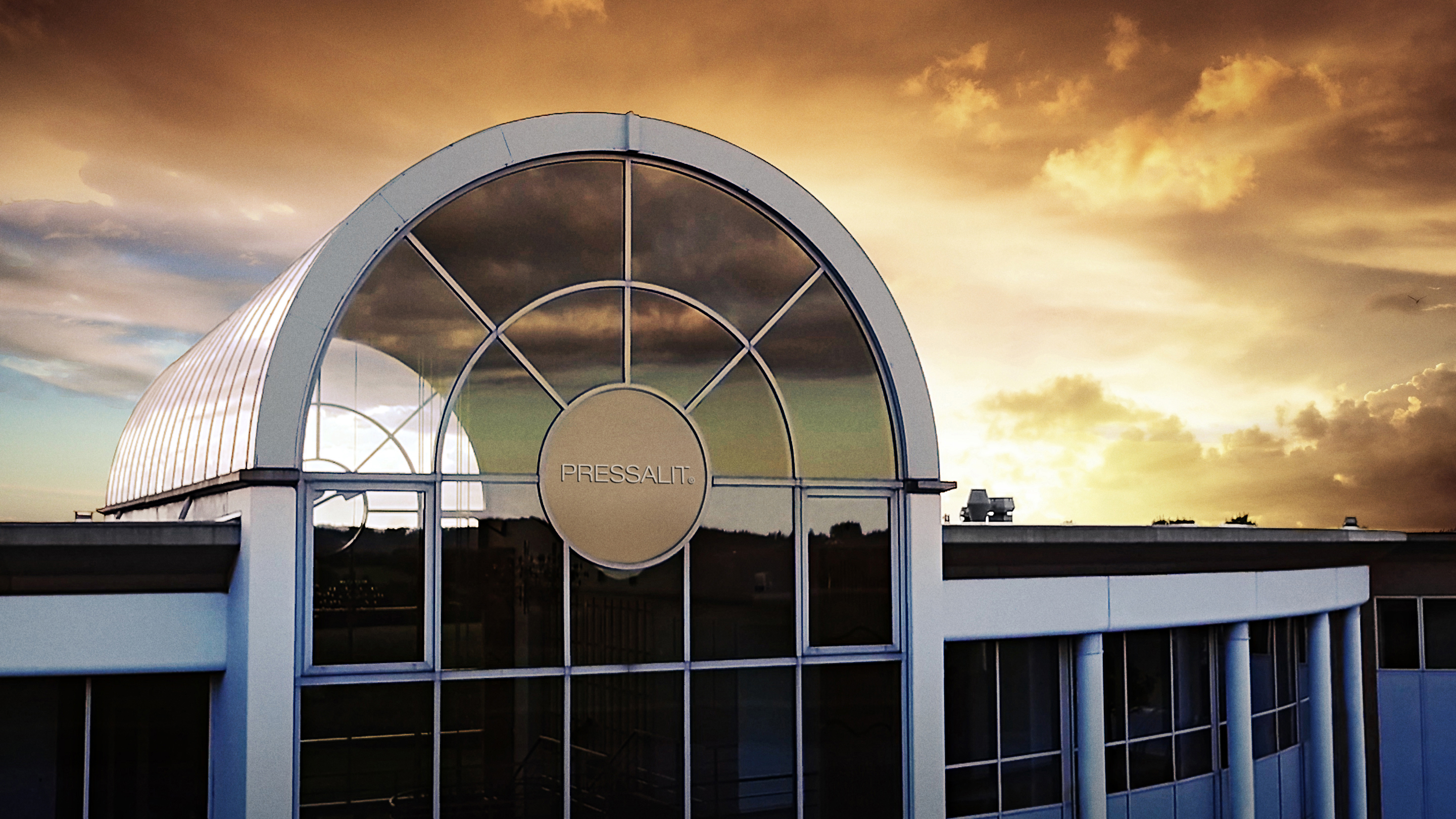 Pressalit was formed in 1954, but the idea behind it came about two years earlier

In a workshop in Esbjerg, two carpenters are shutting up shop for the day. But then a cat bolts past them, knocking over a pot of glue in its haste. The glue runs down the hot radiator and lands on the sawdust on the workshop floor. The result is a material with a promising potential to become toilet seats. A potential that chemical engineer Nielsen confirms after having examined the material more closely. Two years later, the company Pressalit is born.

The reason that Ry remained Pressalit's headquarters is because one of the carpenters came from there. People knew him and the local bank was happy to lend him money. The money was invested in a small, low-rise factory building, located in a fruit plantation, and some modest production tools, such as a food mixer from a bakery for mixing powders in. So it started small. Very small. But the company was christened - without false modesty - Dansk Pressalit Industri.

In order to sell the toilet seats, the company got in touch with someone who knew the plumbing industry inside out: Martin Jensen (grandfather to Kim and Dan Boyter) was employed as salesman in 1954 and quickly became the co-owner. Since then Pressalit has grown into the company it is today. 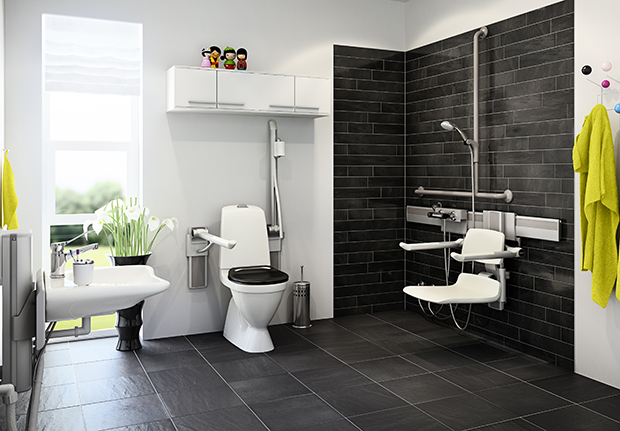 In 2001, Pressalit decided to launch a new brand structure to underline the vision of having a unified company. The new logo had to show that Pressalit's different business areas were all part of the same family.

Corporate Social Responsibility (CSR) has for many years been an integrated part of Pressalit, and this was rewarded with the "CSR People Prize", which is awarded to companies that have made special efforts in the CSR area.

In 2012, private customers would be able to find Pressalit Care's height-adjustable kitchens directly in the shops. A new collaboration agreement with HTH ensured that people with disabilities would be able to go into a normal kitchen shop and buy a flexible kitchen specifically for their needs.

In 1999, Kim, Dan and Erik Boyter began splitting Pressalit into business divisions, a process that was finally completed in 2001. Each company had its own mission, vision, strategy, their own customer segment, daily management, but with a common company culture and shared core values.

Pressalit's longstanding tradition for showing social responsibility was highlighted in 2003 in two specific areas: The integration project "Ry- a municipality with a need for everyone", of which Pressalit was one of the principal organisers, was awarded an integration prize. Pressalit Group also gained the so-called S-label, based on a measurement of the company's social responsibility.

That Pressalit had become a worldwide brand in our specific area was confirmed when in both 2006 and 2007 we were voted the year's B2B Superbrand. It was with great pride that we joined the prestigious club of Superbrand companies.

In 2008 Pressalit and SaniScan entered a closer collaboration resulting in a more common business area that would take on distribution via the three marketing channels : trade, OEM and DIY. Pressalit now comprised two divisions: Pressalit and Presslit Care. 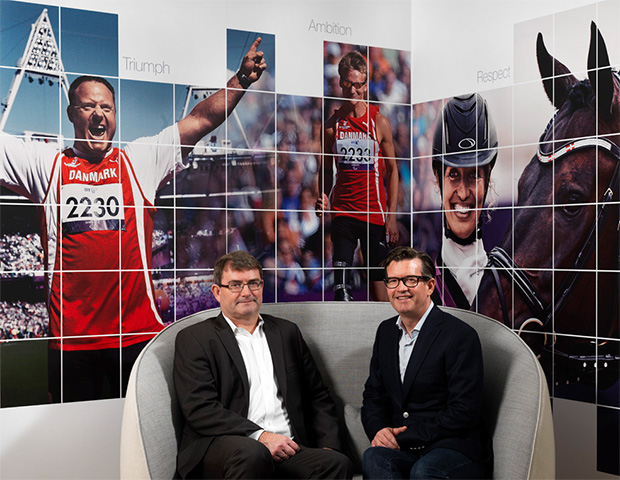 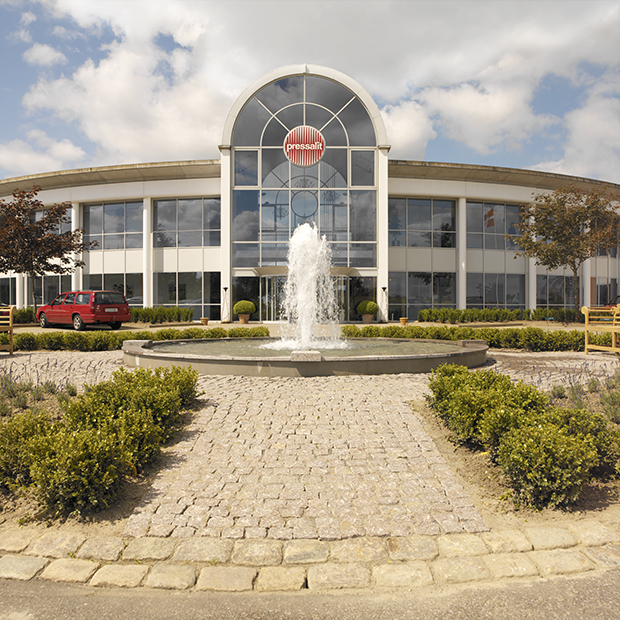 At the end of the 1980s, the decision was made to move the Aarhus-based office employees to Ry. Thus began the construction of a new head office in Ry, which would be ready in 1991.

Responsibility on the agenda

In the mid-90s, Mogens Boyter was contacted by the Minister for Social Affairs, who had heard that Pressalit treated their employees particularly well. Mogens Boyter could only confirm this. This led to the formation of a network that would develop a new collaboration between companies and the public sector around social co-responsibility.

In 1998, Mogens Boyter passed away, suddenly and unexpectedly. Pressalit was taken over by the third generation of the Boyter family: Kim, Dan and Erik Boyter - with Kim as CEO. This marked the start of a new era in the company's history.

Demand for various building products for the DIY consumer was rising. This market grew rapidly and paved the way for DIY (do-it-yourself). SaniScan was established in 1982 as a reaction to this development. Pressalit moved into the market with SaniScan, which sold toilet seats to the end user through the building markets.

In 1985, Pressalit's export share grew to 75%, and in the following year turnover reached 100 million. The rising turnover required the company to think innovatively about the factory and production apparatus, and in 1989 the brand new plastic factory was ready with computer-controlled pressers and robots for the tougher jobs. 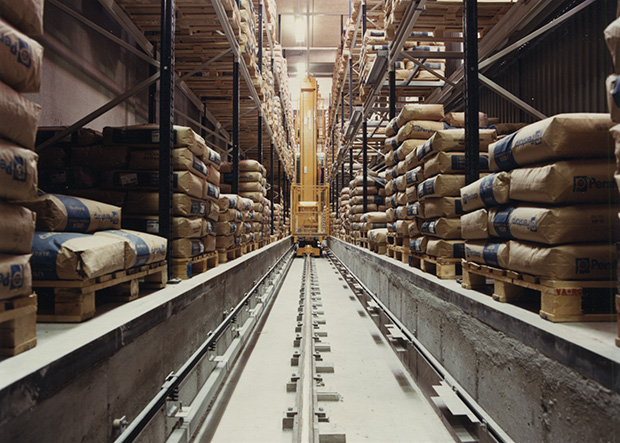 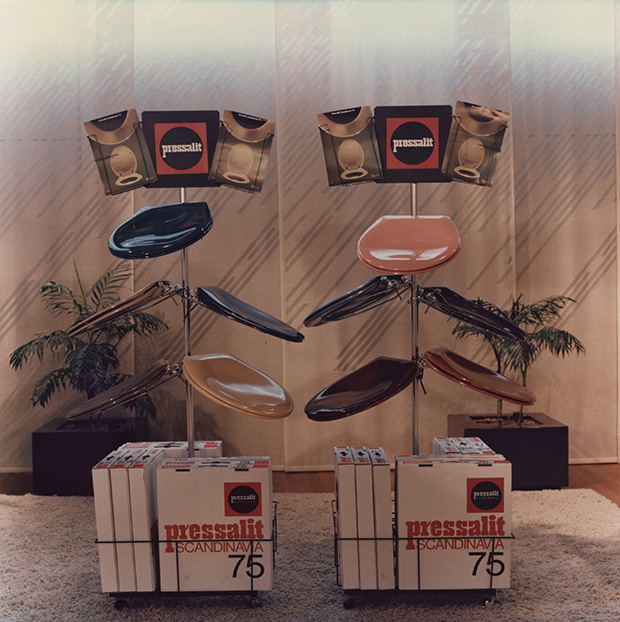 The toilet seat Scandinavia from 1975, designed by Sigvard Bernadotte and Acton Bjørn, became a major success and represented a breakthrough for Pressalit. The export share now rose to above 50% and, in subsequent years, Pressalit established its first foreign subsidiaries.

In the mid-70s, a recently qualified architect contacted Pressalit in connection with his final thesis: bathroom products for the physically disabled. Pressalit was open to the idea and the new product range was called Pressalit Rehab, later Pressalit Care. This would later become a business for Pressalit.

The first designer toilet seat is made

The 1960s became a crucial decade for Pressalit's future: Mogens Boyter (father of Kim and Dan Boyter), finished his business education and joined the company in 1962, where he began an export journey to the German market.

In 1966, Pressalit introduced their first designer seat, the Pressalit Comfort. The story behind the seat is that well-known designer couple Sigvard Bernadotte and Acton Bjørn were tasked with designing a radiator valve for Pressalit. The two designers asked if they could provide their version of the toilet seat of the future. The result was Pressalit Comfort - an unusual seat at the time. 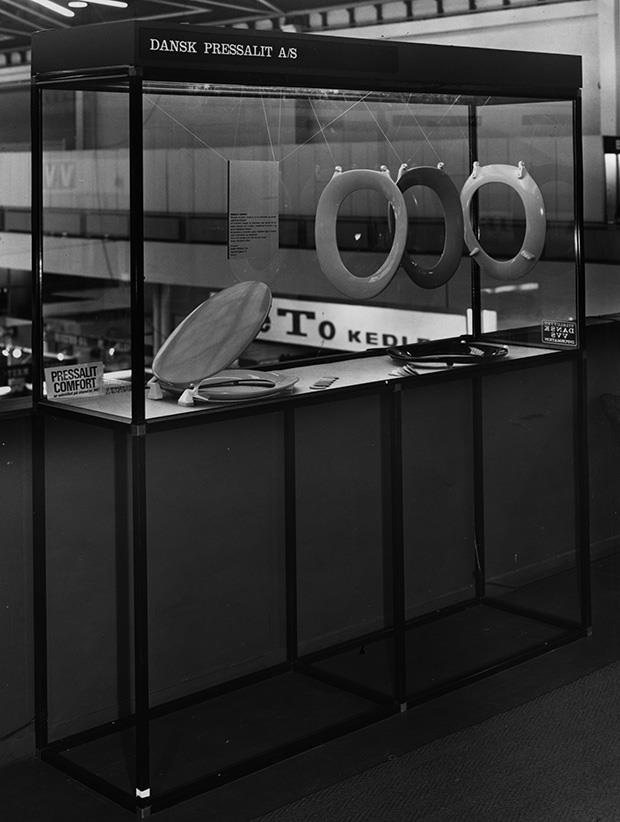