This website is not supported by Internet Explorer. Please use another browser to get the best performance (E.g. Google Chrome, Firefox, etc.)
Pressalit
References
Oskarslund

Oskarslund in Karlstad is a modern facility for people with dementia, cleverly designed and characterized by successful solutions. Closeness to nature, a sense of home, and being able to live as independently as possible were some of the most important points when the residential care centre was created, and Pressalit's products were the first choice for individual bathroom solutions.

The sun shines in Karlstad, over Oskarslund, a dementia care facility built in 2016. Here, nearly one hundred persons live in close connection to nature, with facilities designed to allow each individual to be as independent as possible. The flexible products from Pressalit were the natural choice for bathroom solutions, after having been successfully used in another residential care facility.

Compared to what prognoses had shown, there was a significant increase in the number of people in need of residential care. One dementia care home had to close down due to inadequate facilities, and it was clear early on that Zakrisdal, built in 2011, would not be sufficient. This meant that in 2013, a rapid journey began for the team commissioned to build an entirely new dementia care facility.

Project leader Micael Johansson was part of the entire process, from pre-study and sketches to the completed building, and the experiences from Zakrisdal were important:

- Since we had the entire project organisation already set up, work was more efficient. We built Oskarslund twice as big, twice as quickly as Zakrisdal, at the same high quality or slightly higher. Since we kept track of finances the entire time, we were able to use smart solutions, for instance, shock absorbing flooring which prevents fall injuries.

Products from Pressalit were chosen once again since the experiences from Zakrisdal were so positive. Micael says:

- During these years, there have been no complaints at all, which makes us feel safe about the quality of the products. Also, Pressalit has developed the products so that they are easier to wipe clean and even more hygienic. 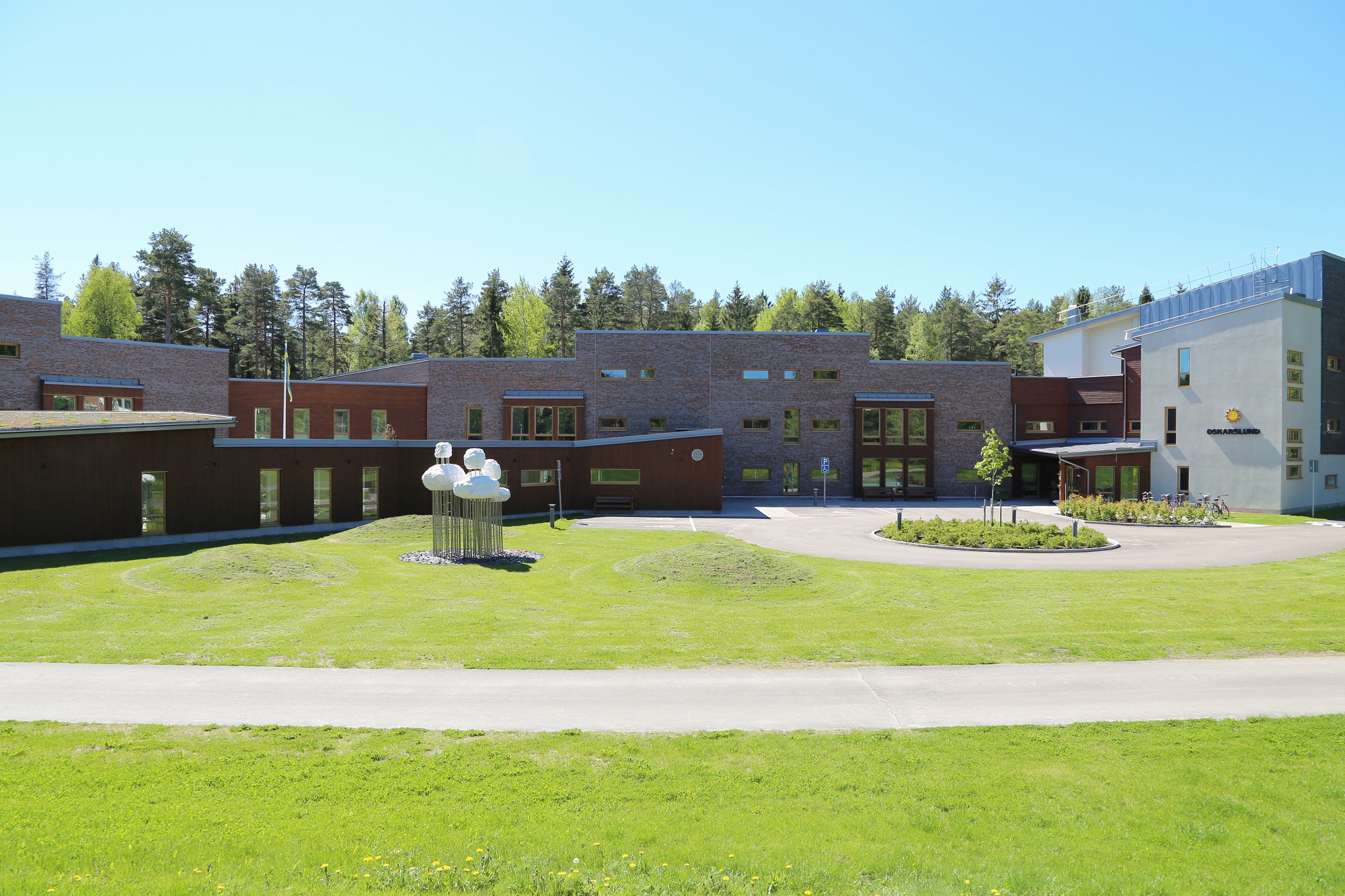 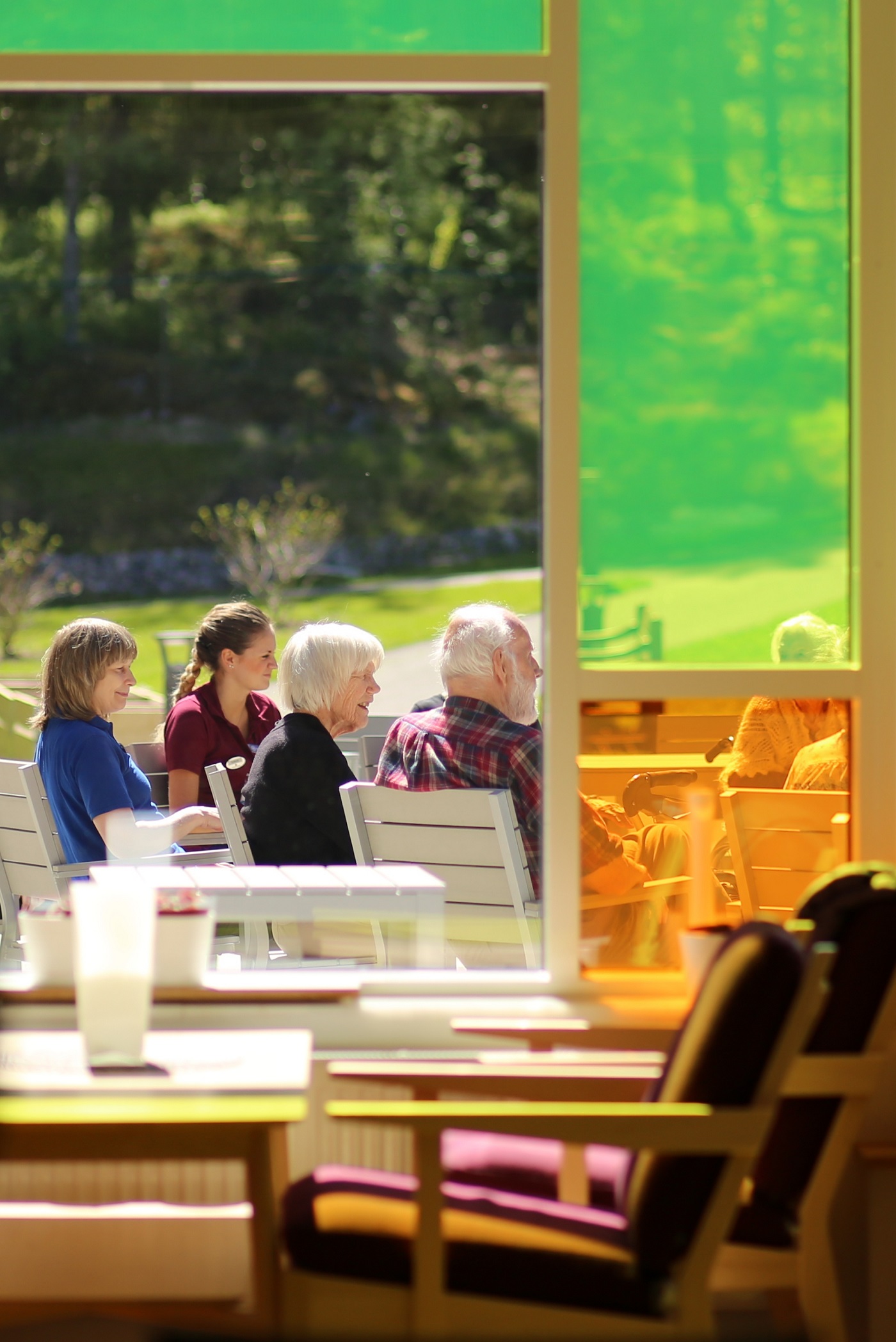 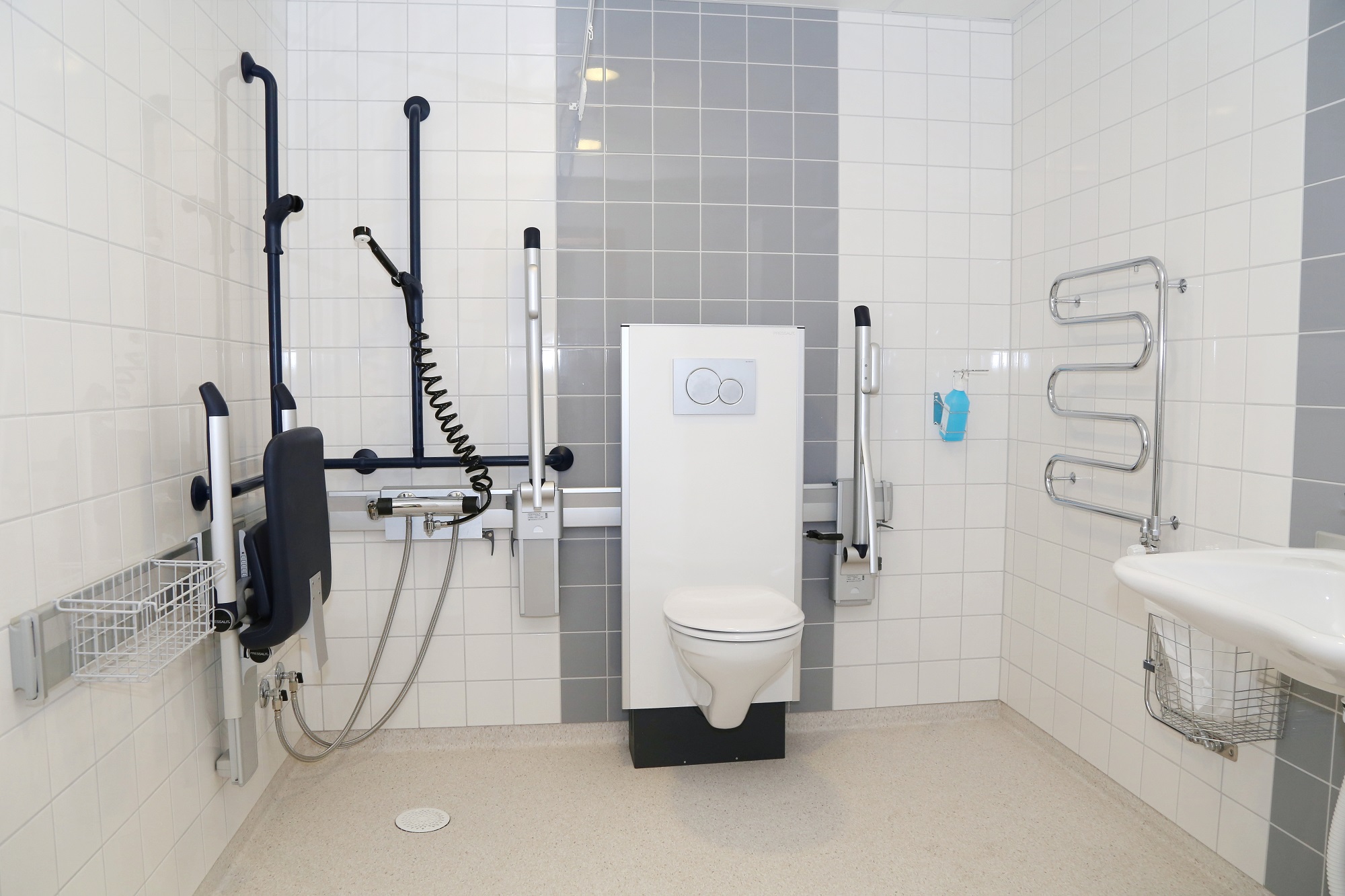 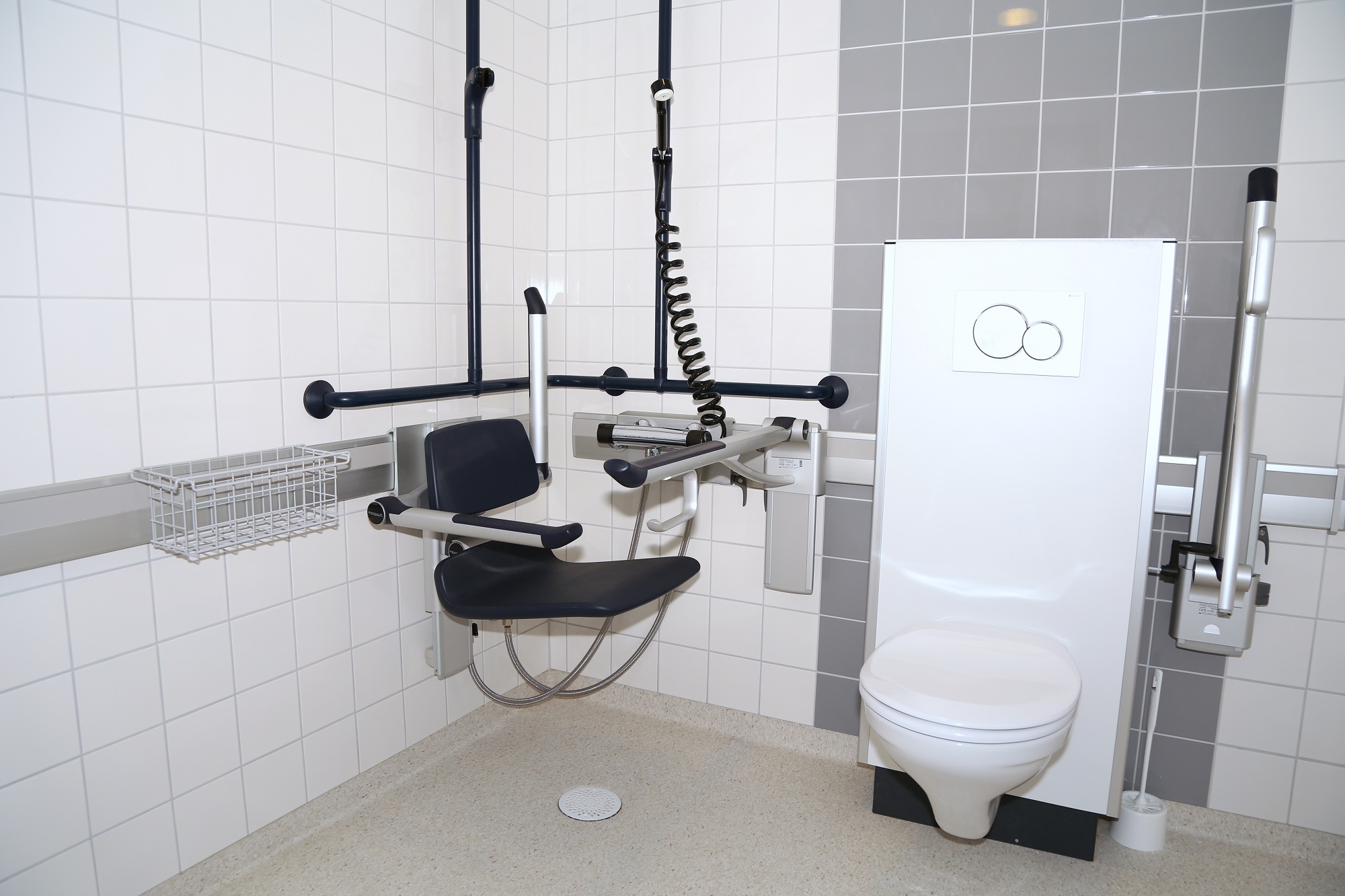 Colour is a theme throughout the residential facility, because colour tends to stay in the memory of even those with severe dementia. Calm earth tones, such as rust and forest green, work as guides in the building.

Per Nielsen came to Oskarslund as a new head of unit:

- It was big, new, fresh and modern. The departments are all colour-coded, and the colours carry on into the bathroom decor. Contrasts are also important; being able to clearly see, for instance, handles and shower seats in the bathrooms.

He returns to the sense of home. Oskarslund has a large café which opens up in front of the visitor who walks into the building.

- We also have a spa and a sun room, where the residents can sit and warm themselves during winter, listening to the sound of waves. This should be a nice place to live, not like an institution.

Welfare Technology and Individual Solutions
Just as important as quality was that the products were flexible enough to fit each individual. Ann-Sophie Gustafsson, project leader responsible for organizational issues, worked on both Zakrisdal and Oskarslund:

- Welfare technology is things that make it easier for people to handle their daily lives as well as possible on their own, and Pressalit's products fit well into that picture. They have products that help each individual to be as independent as possible for as long as possible, and you can adapt each bathroom so that it works just as well for people of different heights. Also, since you don't have to bring other aids into the bathrooms, it makes the environment feel more like home.

Get case as PDF

PLUS shower seat, electrically or manually, height and sideways adjustable

Paper holder for PLUS support arm

About the Care Facility Oskarslund

Everything except the toilet can be moved.